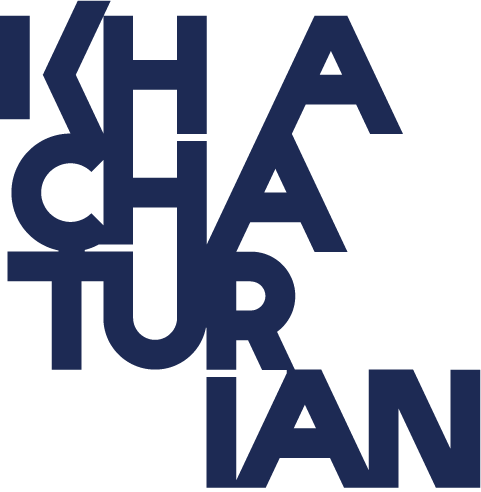 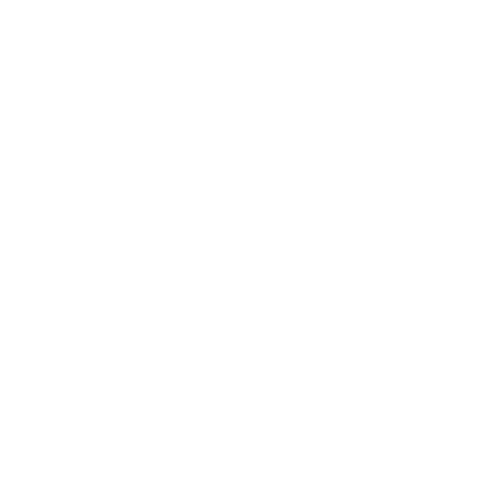 We use cookies to ensure you get the best experience.

The Khachaturian International Competition is an awaited and celebrated classical music event both locally and internationally. The competition was established on June 6, 2003, in commemoration of the 100th anniversary of the Armenian composer Aram Khachaturian, a giant pillar of the 20th century classical music for Armenia and the world. Launching every year on his birth date of June 6, the competition is designed to reveal young musical talents in five disciplines: piano, violin, cello (formerly including composition and vocal categories as well).

The annual international competition is implemented owing to the joint efforts by the Ministry of Culture of Armenia, Yerevan Komitas State Conservatory and “Aram Khachaturian-competition” Cultural Foundation. Headed since 2008 by the composer, Honored Artist and then Ambassador extraordinary and plenipotentiary of Armenia to Russia Armen Smbatyan, the Board of Trustees of the foundation includes remarkable people of art and culture, including Jonathan Freeman-Attwood, Reinhart von Gutzeit, Pavel Kogan, Elizbieta Penderecka, Alexander Sokolov, Alexander Tchaikovsky, Mark Zilberquit, Constantine Orbelian and others.

In response to the decline of global social mobility in the world, forced by the COVID-19 pandemic, the 16th Khachaturian International Competition of 2020 was reformatted to be held online for the first time in its history. The violin competition of 2020 was transferred entirely to a virtual space that accommodates all requirements of the competition, leveraging the possibilities of artificial intelligence (AI) as well.

Honored Artist of the Republic of Armenia

HONORED ART WORKER OF THE REPUBLIC OF ARMENIA,STATE PRIZES LAUREATE,PROFESSOR

Principal of the specialized music school after P. Tchaikovsky, Candidate of Arts, Violinist

Principal of the Royal Academy of Music

Having the Armenian State Symphony Orchestra as its resident orchestra is a distinguished privilege for the Khachaturian International Competition, while this partnership has a special value for the orchestra as well.

Emerging from a group of lovers and devotees to classical music, the Armenian State Symphony Orchestra was created in 2005 by Sergey Smbatyan, the present Artistic Director and Principal Conductor of the orchestra. From the very onset of its existence, the orchestra has been home to bright and energetic musicians, assembled around the shared vision of amplifying the cultural awareness in Armenia and elevating the spiritual excellence of human nature by the power of classical music.

The orchestra performs over 50 concerts annually, with a rich and multifarious repertoire covering multiple music genres and performance formats. Today, the 15-year-old orchestra has accrued both local and international reputation for its orchestral virtuosity and performing precision and has been spotlighted with many uplifting reviews by renowned critics and art reviewers.

The Armenian State Symphony Orchestra has been hosted by many reputable concert halls around the world, including Opera Garnier (Paris), Konzerthaus (Berlin), Dr. Anton Philipszaal (Hague), Tchaikovsky Concert Hall and the Great Hall of Conservatory (Moscow), Palais des Beaux-Arts (Brussels), Elbphilharmonie (Hamburg), Royal Theatre (Madrid), Dubai Opera House and others. It has been profiled a multitude of times with such world-class composers as Krzysztof Penderecki, Sir Karl Jenkins, Giya Kanchelli and Tigran Mansuryan as well as a number of highly distinguished performing artists. A remarkable chapter in the history of the orchestra was the 2020 European Tour with the renowned violin virtuoso and the Armenian State Symphony Orchestra artist-in-residence Maxim Vengerov with whom brilliant performances were hosted on famous stages around Europe- Berliner Philharmonie, Vienna's Musikverein, London's Barbican Center, Prague's Dvorak Hall, Salzburg's Grosses Festspielhaus, Moscow's Zaryadye Concert Hall and elsewhere.

Led by Sergey Smbatyan, the orchestra released its first CD under the title "Music is the Answer” in 2011. Recorded with the Sony records label, the CD includes works by Pyotr Tchaikovsky, Dmitri Shostakovich and Eduard Hayrapetyan.

Aside from the extensive concert activity in Armenia and overseas, the orchestra also enjoys recognition and is highly esteemed for its increasing role in educating young people in Armenia. Since 2018, in the framework of DasA educational-cultural project the Armenian State Symphony Orchestra has been sparking interest and liking for classical music in high-school students across Armenia, with an attempt to galvanize a larger movement for cultivating noble insights and taste for classical music among the young generation. True to its commitment to foster access to classical music among all parts of the society and taking ownership of its social responsibilities, the Armenian State Symphony Orchestra frequently organizes charitable events and special projects in an attempt to engage people from different communities in the cultural life that largely unfolds away from them.

A number of orchestra’s concerts have been broadcast by Medici.tv, Euronews, and Classic.fm. In 2019, a documentary was released by Mezzo TV, featuring Sergey Smbatyan and the history of the Armenian State Symphony Orchestra.

The Armenian State Symphony Orchestra is represented worldwide by Only Stage.

Aram Khachaturian was one of the most prominent composers of the 20th century classical music whose renown was recognized worldwide and works performed by a great number of celebrated orchestras. Not only was Khachaturian’s music nourished by his Armenian origins but his identity always remained infused with the native spirit of Armenian musical and cultural heritage, even though he lived most of his life away from Armenia.

He was born in Tiflis (Tbilisi), capital of Georgia, on June 6 1903, into the Armenian family of Kumash and Yeghia (Ilya) Khachaturian. The family of the book-binder Yeghia lived in a district of old Tiflis, which was considered to be the cultural center of the Transcaucasia. As a boy, Khachaturian had a special liking for the widespread folk dances and songs in this town. Besides, his father and mother handed down to him and his three brothers their love for folk music. The Armenian songs Khachaturian heard as a boy, revealed to him the national spirit, life and culture of his people.

Aram Khachaturian began serious musical study at the relatively late age of nineteen. He first learned to read music at Princess Argutinskaya-Dolgorukaya's boarding-school, and when, later he entered the Commercial school, he became a member of the student brass band, playing tenor horn. Moving to Moscow in 1921 he went to the Gnessin Music School and took up the study of the cello the following year. In 1925 Khachaturian entered the composition class on the advice of his teacher, composer Mikhail Gnesin. Here he composed a number of instrumental pieces: Dance for violin and piano (1926), Poem for piano (1927), Song Poem for violin and piano (1929) etc., which bear the unmistakable stamp of his personality. Within a year they were published and performed on the concert stages. In those years Khachaturian was active in the House of Armenian Culture in Moscow. It was there that he got acquainted with the culture of Armenia.

Upon graduating from the Gnesin School in 1929 Khachaturian entered the Moscow Conservatoire and studied composition at outstanding Russian composer Myaskovsky. Among the works Khachaturian composed in Myaskovsky's class are his Sonata for violin and piano, Trio for piano, violin and clarinet, Dance Suite, Toccata for piano etc.

In 1934 Khachaturian wrote his First Symphony as graduation thesis while completing the composition course. The symphony was first performed by the Moscow Philharmonic Orchestra under Eugen Szenkar. Music critics welcomed the work as a major achievement of the young composer.

Another important event took place in Khachaturian's life shortly before his graduation. In Myaskovsky's class he met Nina Makarova, a young and talented composer and pianist and soon the young people were married. Their son Karen was born in 1940. He is an Art critic presently residing in Moscow.

Upon graduation, Khachaturian took a post-graduate course under Myaskovsky's guidance and composed his Piano Concerto. It was dedicated to the talented pianist Lev Oborin. The Piano Concerto brought Khachaturian world fame. In 1940 he wrote his Violin Concerto and was awarded the State Prize. In 1941 he wrote the music for Lermontov's drama "Masquerade".

Throughout WW2 1941-1945 Khachaturian composed several war songs, the ballet “Gayaneh” (the revised version of his first ballet "Happiness" written in 1939), which premiered at Kirov Opera and Ballet Theater in 1942, and the Second Symphony (1943). Khachaturian was awarded with State Prizes for the ballet and the Symphony. In 1944 Khachaturian wrote the National Anthem of Soviet Armenia.

The post-war years were marked by major achievements. On February 10, 1948 Khachaturian experienced many unpleasant days. By the Central Committee of the Communist Party resolution Khachaturian, Shostakovich, Prokofiev and other prominent Soviet composers were accused of "following an anti-popular formalistic trend". Several years later the Central Committee admitted that in those years they had been unjust. Following a period of disappointment, Khachaturian continued his creative work. On December 27, 1956 Khachaturian's ballet “Spartacus” was premiered at the Kirov Opera and Ballet Theatre. It was a real triumph and another proof of the composer's original talent. Along with the ballet "Gayaneh", "Spartacus" has been staged in many countries of the world. It is constantly included in the repertoire of Moscow Bolshoi Theatre. In 1959 Khachaturian was awarded Lenin Prize for the ballet "Spartacus".

Khachaturian left a prolific musical legacy embracing almost all genres: 3 symphonies, 3 concertos, 3 concerto-rhapsodies, ballets, a vast number of other orchestral works, works for soloists, chorus and symphony orchestra, piano and violin pieces, songs, incidental music to plays and 17 films are among his most beloved loved works across the world.

Aram Khachaturian died on May 1, 1978. He was buried in Yerevan in the Komitas Pantheon next to other celebrated pillars of Armenian culture.

Partner of the Khachaturian Violin 2020 Competition

No vacancies available at the moment.